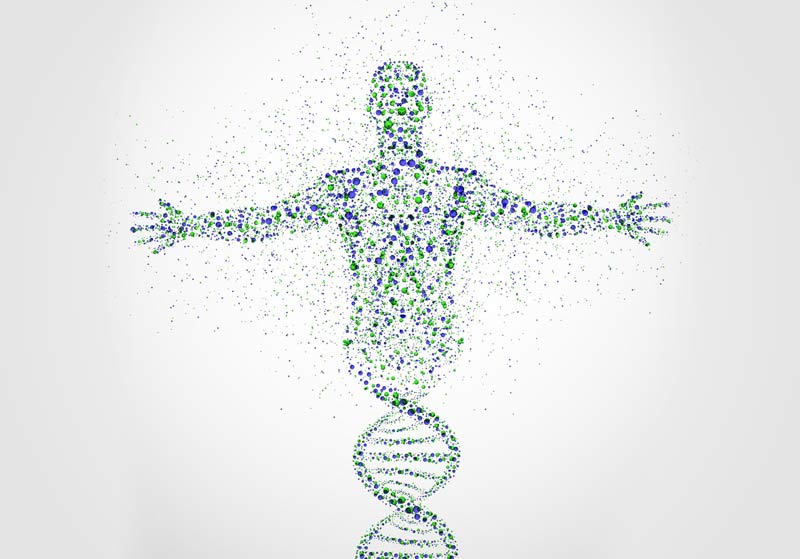 “Survival of the fittest…”

It’s a phrase often attributed to Charles Darwin, but it was actually coined by Herbert Spencer after he read Darwin’s On the Origin of Species. It’s the answer to the question, “Which genes are preferentially passed along to future generations?” The answer, in other words, is those that are the most advantageous (read fittest) for a given environment.

It’s a succinct way of summing up natural selection. It also happens to be a major factor in gauging whether or not you’ll be here in 10 years.

Can we determine whether or not we have the genes to live a long healthy life? And if we don’t happen to be genetically gifted, do we have influence over the expression of those genes and our health?

The answer to both questions is “Yes!”

A recent study released by Johns Hopkins Medicine used performance in a treadmill test to predict a participant’s 10-year risk of dying. The study analyzed the data from 58,000 heart stress tests, and from that, cardiologists developed a formula that estimates one’s risk of dying over the course of a decade, based on one’s ability to exercise on a treadmill at an increased speed and incline.

The study found that fitness level was the single most powerful predictor of death and survival, even after researchers accounted for other variables such as diabetes and family history.

Let that sink in a little bit: Your fitness level is the single most powerful predictor of whether or not you live or die.

We’ve known (for quite a while) that being in good shape is indicative of a lower risk of death, but this study, in particular, highlights the importance of cardiac and respiratory fitness.

The study found that fitness level was the single most powerful predictor of death and survival, even after researchers accounted for other variables such as diabetes and family history.
So how do you improve cardiac and respiratory fitness?

You’ve got to MOVE on a regular basis! How much and how often, you ask?

There are two categories of activity to talk about here. The first that I’ll go over is what most people think of as “exercise.” Needs will vary depending upon the individual, but at a minimum you want to get to the point where you’re providing your cardiovascular respiratory system with a dose of stress 5 out of 7 days a week. What does that mean? Think increased heart rate and sweating in 30 minute bouts!

The Department of Health and Human Services calls for 150 minutes of moderate intensity aerobic physical activity per week for adults, but that’s not the whole story on how to ensure your own “survival of the fittest.”

I’m getting my heart rate up for 30 minutes, 5 days per week, now what?

It’s long been held that diet, exercise, and recovery are the 3 pillars of a healthy lifestyle, but all the latest research points to a 4th pillar… daily activity. Sustained exercise is critical, but being sedentary the rest of the day is associated with its own set of risks, meaning that just because you work out for 30 minutes doesn’t mean you’re in the clear.

Numerous studies have shown that even if you work out every day, if you’re sedentary for the rest of the day you’re still at an increased risk for developing a host of chronic illnesses including cardiovascular disease, type 2 diabetes, cancer, all cause mortality and lots of other scary stuff that you want no part of.

The good news is that it doesn’t take much activity to ward off the negative effects of sedentary behavior. Just a minute or two of light activity each hour (like getting up and walking) is enough to keep your body from entering its “sedentary” mode.

Ok, so I need to exercise and I need to get off my butt for a few minutes per hour. How do I get started?

Increased levels of activity will yield more health benefits (to a point) but it’s really about starting wherever you are and gradually acclimating to a greater dosage of physical activity. Start off with whatever you’re capable of and build from there. The key is consistency. One-time bouts of activity are great, but they aren’t going to have a large influence on whether or not you’re still around in 2025.

Find something you can do on a weekly basis (that you enjoy!) that gets your heart rate up and makes you sweat. It can be jogging with your dog, swimming, interval training with free weights or going for a bike ride, just to name a few examples.

The key is doing something that can become habitual. You don’t think about brushing your teeth each morning, you just do it. That’s how it should be with your daily exercise too!